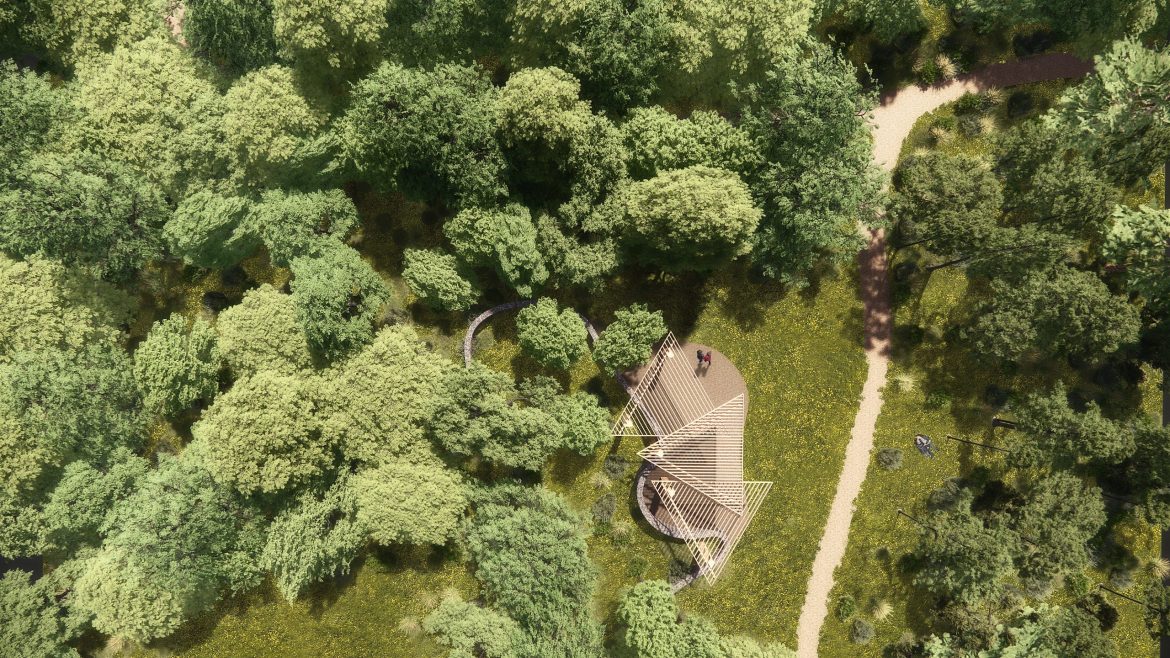 Over the last couple years, Tannenbaum Design Group has been working with Life After Life as they reinvent the cemetery industry for the benefit of people and nature.

What exactly does Life After Life Do?

Life After Life (LAL) empowers deathcare as a way of bringing new life to distressed communities. LAL is a new model of regenerative development for the future of people and the planet. LAL takes difficult-to-reuse, abandoned properties and transforms them into public park amenities. These parks are supported in perpetuity through conservation easements, public incentives, sustainable celebrations-of-life, and peripheral land development, in order to preserve the public amenities and historic legacy of communities for generations to come.

How is Life After Life Different?

As a a nonprofit organization, Life After Life Foundation is working to to change the perspectives around end-of-life and the motivations for planning ahead on their head. The fact of the matter is, only 30% of Americans have any plans at all for how they would like their body to be treated in the end. This has perpetuated a very destructive and exorbitantly expensive funeral industry to continue.

Reflected in their Motto, ‘One Last Good Deed’. – Life After Life offers the customer the priceless value that a loved-one’s loss, can be a part of something bigger. They provide the opportunity for a person’s last choice to contribute to healing the planet – leaving things better than they came. Additionally, they hope to bring people together through placemaking and community building activities pre-time-of-need, something completely lacking in the traditional funeral and cemetery industry.

Through the acquisition and transition of abandoned property into a public good, LAL brings new life to distressed communities. Many of our lowest income urban communities suffer from a preponderance of polluted brownfields and a scarcity of greenspace. These brownfields often lie abandoned because the market incentives to remediate them are too low for conventional development. While the public sector may lack the finances to remediate them and build the public amenities that the community and environment needs, Life After Life is able to transition the dilapidated land into healthy and beautiful memorial parks.

Crime Reduction: The greening of vacant urban land has been shown to reduce crime. Domestic violence in particular has been found to be 25% less prevalent in nature rich housing developments. Cleaning and greening vacant lots has led to a 9% reduction in gun assaults. In Baltimore, MD, 10% more tree canopy was found to reduce crime by 12%.

Education: Studies show that outdoor learning delivers many benefits — reducing stress, improving moods, boosting concentration, and increasing a child’s engagement at school. Simply having more tree cover in a neighborhood can account for as much as 13% of variance in student outcomes. Exposure to nature provides the opportunity to teach the natural sciences hands-on, building empathy for nature and an interest in STEM.

Physical Health: Hospitals with a view of nature recover more quickly and require less painkillers than those without. Tree leaves absorb 95% of all ultraviolet radiation and 75,000 tons of harmful air pollutants annually. Parks induce exercise in communities, particularly for lower income populations. Nearly 80% of Americans report using local recreation services such as parks.

Mental Health: People who have spent at least two recreational hours in nature during the previous week report significantly greater health and well-being. Low levels of green space exposure during childhood increase the risk of developing mental illness by 55% higher than for those who grow up with abundant green space. Women living in the highest percentile of green space around their home have a 12% lower mortality rate than women living in the lowest percentile. Short term memory is improved by 20% from walking in nature.

Microclimate: Neighborhoods in a highly-developed city can experience temperatures 20°F hotter than rural areas. Extreme urban heat is a public health threat. It amplifies air pollution, increases energy consumption, and can cause serious harm to those working outside or without air conditioning. Parks and trees can decrease temperatures up to 45°F, providing cool and safe spaces for residents.

Biodiversity: Extreme biodiversity loss looms in our near future. One million species are now in threat of extinction. The average abundance of native species in most major land-based habitats has fallen by at least 20%, mostly since 1900. More than 40% of amphibian species, 33% of reef-forming corals, and more than a third of all marine mammals are threatened. Insect populations have declined by 75% over 3 decades. Three-quarters of all land environments and about 66% of the marine environment have been significantly altered by human actions. The creation of urban parks allows for the protection of some of our most vulnerable species.

Economic Opportunity: City parks strengthen local economies and create job opportunities. Parks attract residents and businesses, increase revenue for cities, spur private investment, and increase job opportunities. In Denver, $1.2 million in federal park grants resulted in over $2.5 billion in local public and private investments. Riverwalk Park in San Antonio, created for $425,000, is now lined with outdoor cafes, shops, bars, art galleries, and hotels, and has overtaken the Alamo as the most popular attraction for the city’s $3.5-billion tourism industry. Retail revenues generally are found to be 30 percent higher in districts with trees.

Soil Crisis: According to the FAO, one third of all the world’s soil is now degraded from unsustainable agriculture practices. Soil is a finite resource, meaning its loss and degradation is not recoverable within a human lifespan.

Pollution Mitigation: There are likely over half a million ‘brownfields’ in the U.S. alone. Conventional brownfield remediation, or the act of removing debris from a site and moving it to a landfill, is ineffective and inefficient. The nature based solutions of phytoremediation and bioremediation remove these harmful pollutants from the soil and water with permanence.

Mental and Physical Health: Nearly one in five U.S. adults live with a mental illness today. 7.74% of adults in America reported having a substance use disorder in the past year. In the last 20 years, the prevalence of obesity increased by approximately 40% and severe obesity almost doubled. A growing body of epidemiological evidence indicates that greater exposure to natural environments is associated with better health and well-being in urbanized societies. Living in greener urban areas is associated with lower probabilities of cardiovascular disease, obesity, diabetes, asthma hospitalization, mental distress, and ultimately mortality, among adults; and lower risks of obesity and myopia in children. Greater quantities of neighborhood nature are associated with better self-reported health, and subjective well-being in adults, and improved birth outcomes, and cognitive development, in children.

Your membership with Life After Life Foundation means no less than 30 new square feet of habitat gets built and maintained for generations to enjoy.

Don’t wait to make a good plan. Join an event filled community, immortalize your history, and rest easy knowing you have a beautiful final resting place waiting for you, whenever your time is up.

Life After life. Life After Life. Retrieved November 16, 2022, from https://lifeafter.life/ 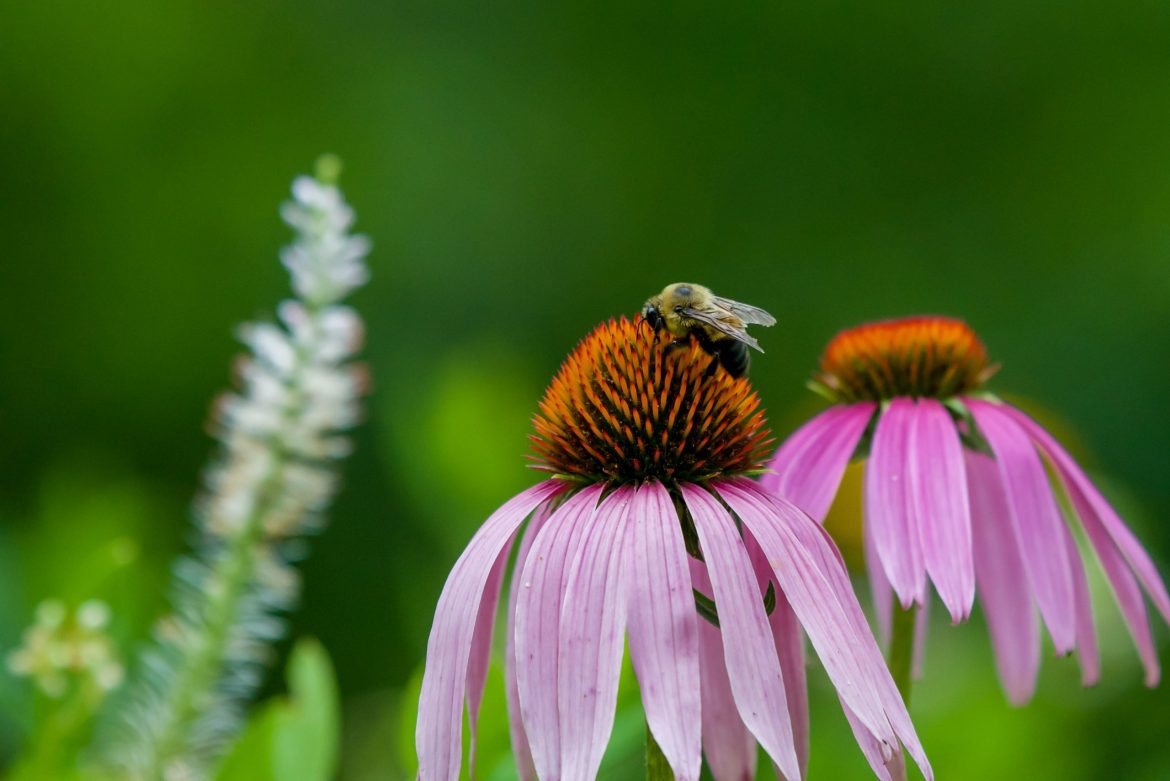 Why is biodiversity so important, anyway?

see how your redesigning you outdoor space as a native pollinator garden can play a critical role in the fight for biodiversity in out most endangered urban habitats. END_OF_DOCUMENT_TOKEN_TO_BE_REPLACED